The guys over at Roost don’t sleep! After they finished their 98cc Monster Cylinder and announcing the 70cc model, they have more newness. This time it is the new Roost Intake System for Piaggio engines, which uses the brand new VForce4 Reed Valve System (successor of the legendary VForce3). Besides that they’ve also presented some new prototype shots of their much anticipated Havoc 70cc Cylinder kit. 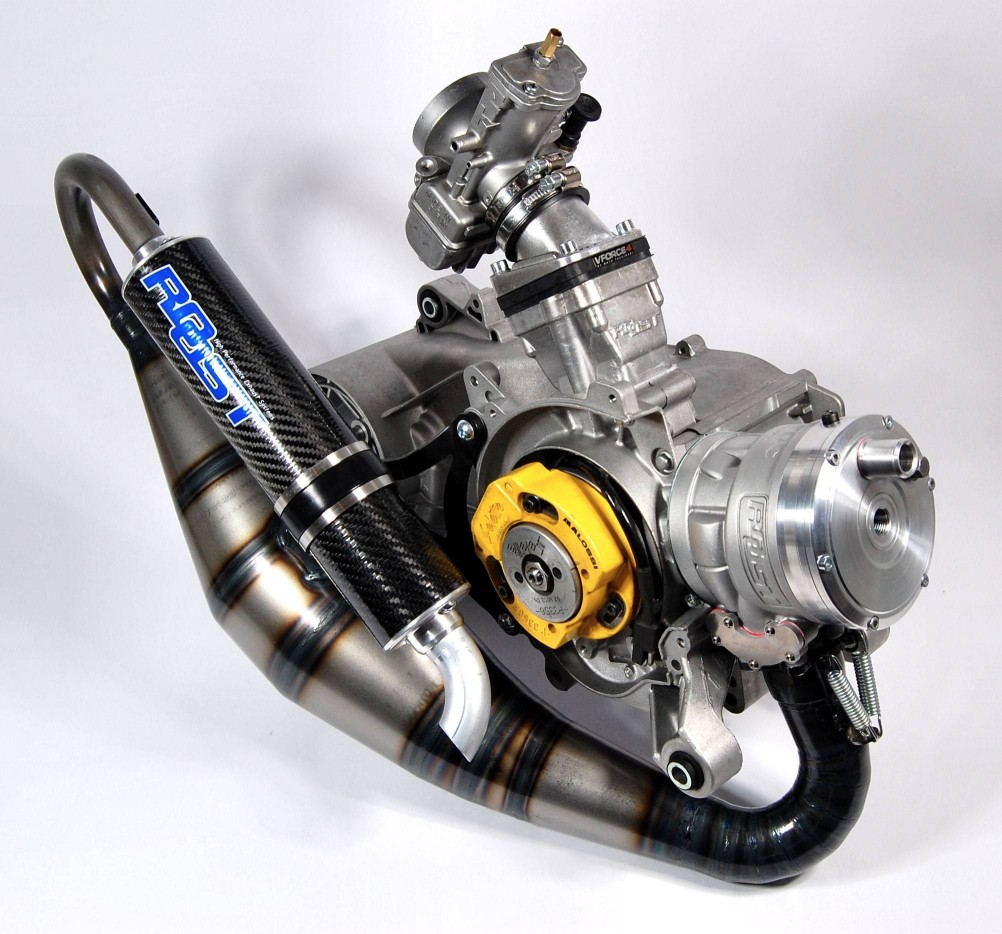 As you can imagine, a cylinder like the Havoc 98cc requires a pretty big carburetor to achieve its full potential. Generally it is difficult to fit carbs larger than 28mm on a Piaggio engine. Therefore Roost developed the brand new Roost Intake System which can hold PWK carbs of up to 35mm++ (max. size is not defined yet). Roost did some Dyno Tests too and achieved substantial results with the 35mm carburator, over a 28mm model using the new VForce4 Reed Valve System. More than that, the new VForce4 reed valve with a 28mm carburator was also more powerful than the same carb with a VL14 Malossi MHR reed valve. No prices and no availability date hass been made public yet for the Roost Intake System. It is also unclear, if the Intake System ships with the VForce4, but it is likely. I estimate the price point to be around 250Euros, if the VForce4 is included.

As stated earlier, Roost uses the brand new VForce4 Reed Valve System by Motocross specialists Moto Tassinari. The VForce4 is the successor of the VForce3 Reed Valve, which was first introduced to the scooter world by Stage6. It has quickly been adopted by other manufacturers and became a standard in the scooter drag racing scene. According to Moto Tassinari, the all-new VForce4 has been redesigned from scratch and only shares the bolt pattern with the old VForce3 Reed Valve. 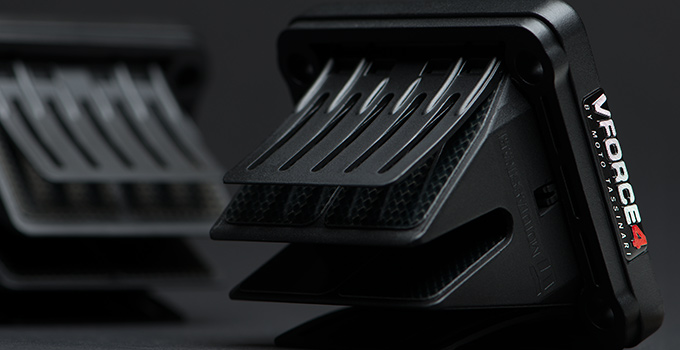 The most obvious change of the VForce4 are certainly the full-length reed stops which should increase reed petal lifetime. Besides that, Moto Tassinari lists the following improvements over the VForce3 design:

We are looking forward to see the first reviews and a direct comparison test with the VForce3. If you must have it now (even tho it probably won’t fit your scooter until Roost makes the intake available), you can purchase it from Moto Tassinari directly at $148 (USD).

Roost has also released some new prototype images of their Havoc 70cc cylinder kit. The images show the Piaggio version but Roost confirmed the release of a Minarelli version too. The most interesting aspect of this highly anticipated kit, remains the water cooled exhaust port,with its quartered design. The quartered design guarantees maximum port width and the water cooled exhaust port makes sure that everything stays cool.

I believe the 70cc version of the Havoc is a direct modification of the 98cc version. Most of the tooling parts are probably shared among both kits and it is unclear if the design works as well for the 70cc version, as it does for the 98cc model.

Using the same tools allows for a very quick development cycle but you never know which problems might occur. Since the Minarelli version will be substantially different to the Piaggio version (and thus requires new tools), we can expect the release of the Piaggio model much earlier. Tho, if the tools for Piaggio are based on the 98cc model, why not make a 98cc version of the Havoc for Minarelli available too? If new tools need to be made for Minarelli, Roost could do the same as with the Piaggio model and design the tools to be used with a 98cc and a 70cc model.

I believe this in fact is, what Roost has in mind for us right in time for Christmas and they sure will snatch some sales from Stage6 and Malossi that way!

What Do You Think About The All New Roost Intake and Havoc 70cc? Let me know in the Comments!